Well, it’s happened.  In the next few weeks, I may officially be finding out what it’s like to have an outie. 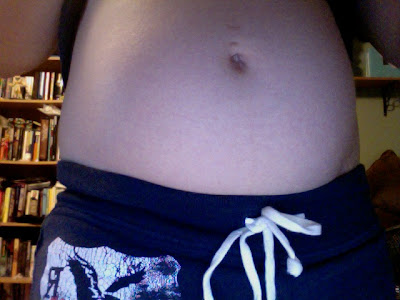 I have always had a super innie belly button, so I find it very amusing that I can actually clearly see the inside of my belly button from the outside.

I’ve finally decided on making a scrapbook of my pregnancy.  I’ve always wanted to scrapbook but never really had a reason.  Currently, I’m working on a secret project for Em, but I won’t post that here until I’m done =)  To chronicle my pregnancy, I decided on this album as I love the french memo board front. 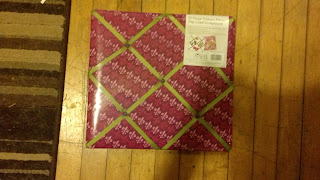 I’ll take a better picture of it later, but can you believe I could not find a stock photo for this???
Anyways, I also got this little kit of embellishments, paper, etc to do the inside with! 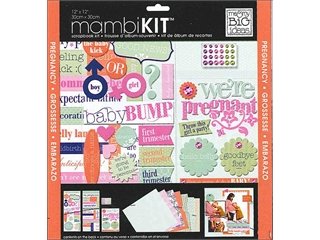 I’m pretty excited to get a chance to put this all together and will go ahead and take some great pictures (with the good camera, in good light) once I’ve completed it.

Other than that, nothing has really changed much.  Starting to experience some insomnia.  Waking up at 3:30am with a litany of issues.  Hungry.  Have to pee.  Back hurts.  Even if I attend to each one, I still spend a lot of time tossing and turning before I fall back to sleep.  Hopefully this passes, though I hear it’s probably only going to get worse =P

And here are some bump pics!! 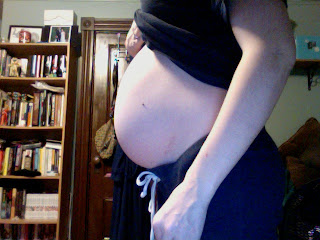 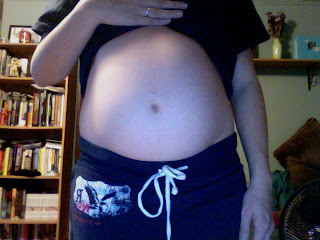 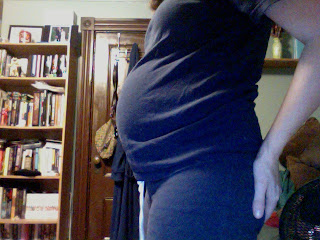 Also: Did I ever mention that I signed up for Birth classes?  My first birth class is a breastfeeding class set up for January 4th for 2 hours at the local hospital.  Then my second all day birth class is on a Saturday, January 7th.  I’ll tour the hospital and get a better idea of what I will be expecting during labor!  I’m super excited!