Man.  I can remember when I was like 7 weeks pregnant and thought I was never going to make it, and now, I’ve hit all the milestones.  Well, except for one.  Labor!

Once again, I’m bogged down by a sinus infection.  Back on the Zpac.  Thank God I did get that flu shot though because poor Em has had the flu for a few days now =(  I don’t like seeing her sick at all!  The good news is that the animals played nurse maid to her!

Sure enough, when she did the cervical check, she said she could feel his head right against my cervix. That explains all that cramping I have =P.  I am now more than 90% effaced which is fantastic.  She said she could only feel a little nub left – the rest of the cervix had thinned out.  Still no dilation, but again, I may not dilate if I have scar tissue from the LEEP on my cervix.  I asked what would happen. She informed me that, if I were to go into labor (so basically the contractions that last at least a minute and are 5 minutes apart), and my cervix has not dilated, I would need to get an epidural because the OB would have to break up the scar tissue with his finger or prescribe a medicine to force dilation.  I’m cool with that.  Hopefully, my cervix will just cooperate and dilate on it’s own.

Sooo good news – baby dropped (and is in the right place) + cervix is almost thinned out.

Bad news – Might need epidural if my cervix doesn’t cooperate. 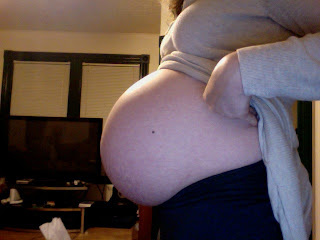 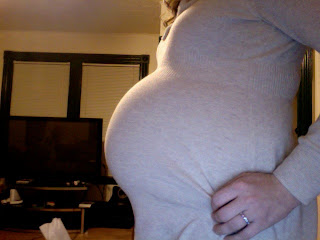