Ok, so just in case you don’t know already: I am the queen of getting ridiculously good deals, but this weekend, I really blew it out of the water!

We’ll start with Kohl’s.  So I got a 10 dollar off coupon in the mail for Kohl’s and through, “Hey, maybe I can get something cute for the baby.”  I haven’t purchased anything yet for the baby so I was excited about it being my first purchase.  But when I got to Kohl’s, I decided to go look at their dishes instead.  See, between Nate and I, we basically just have old hand me down plates that don’t match any other plates, so with starting our new life together, I was really excited about getting new dishwear.  I thought, “Hey, Kohl’s has great deals, right?”

Damn straight they do. 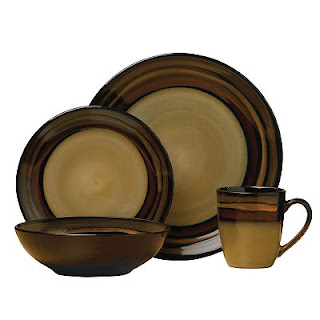 But when I got to the register, the dishwear was ringing up at $69.99, which is only about 40% off.  But, being awesomely awesome, the Kohl’s associate, not only honors the 70% off but honors it off of the $69.99!  So it was 20.99 and with my 10 coupon, I got the first set at $11.74.  So I did what any normal person would do, I went back and got a second set at $20.99 which came out to be $22 something!  So basically, I got a 32 piece set of dishes for $33.  Pretty snazzy!
Then for the second deal of the weekend, today, while playing on my Amazon registry, I saw that select Davinci cribs came with a FREE mattress if purchased before July 31, 2012.  So I looked, and low and behold, my crib was on sale for $250 plus would come with a free $100 mattress!  So I called my Mom and told her I was going to grab it and tell her about the deal, and Mom picked it up for me =)  Which was pretty awesome of her.
I just couldn’t imagine not taking part of this deal.  I mean I understand that you get a lot of these baby items at your baby shower but why not get a free NICE mattress vs having someone else have to shell out $100 bucks for it? 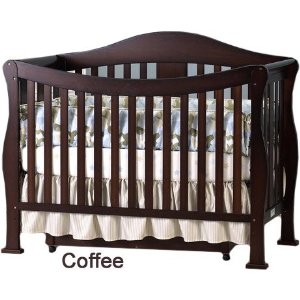 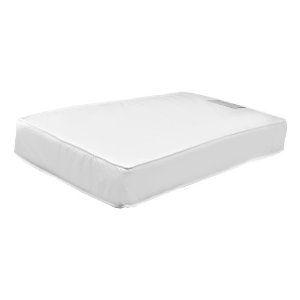