So I officially turned 28 on September 14th! 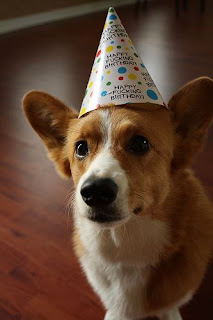 And I also officially woke up this week with ANOTHER sinus infection/cold.  I know that pregnancy is suppose to up your mucus counts due to increased blood flow, but come on.  This time, I have more of a cough than a sore throat.  My face feels like it’s on fire vs having a killer headache.

But I suspect I shall survive.

Last week was my 16 week appointment.  I had lost 3lbs, which they weren’t incredibly happy about, but everything seemed healthy otherwise.  Baby’s heartbeat was 153, and I definitely have popped some more! 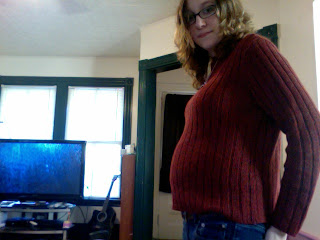 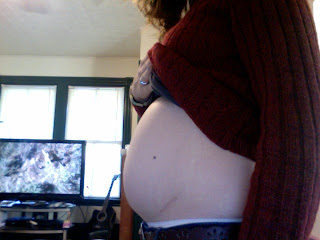 I also got to meet the new doctor at the practice.  He was ok… I still would prefer Smith to deliver my baby.  Unfortunately, I found out that I have to deliver at EMMC because St. Joseph’s, yah know the catholic hospital, doesn’t have a maternity wing.  Seriously?!  Apparently, even if I were to have a complication and need to go straight to the hospital, I would not be able to go to St. Joe’s.  They would have me transfered to EMMC.  My bff and former roomie, Brian, worked at EMMC for like four years and despised not only that hospital but mainly the maternity wing.  I have surgeries there and haven’t been all that impressed.  But maybe, just maybe, the maternity wing will end up fine.  No point in worrying about it… there’s no where else to deliver.

Onto good news!!!!!!  September 28th is the anatomy scan!!!  SQUEE!!  They said they might not see everything they want to see, and if this is the case, they will have me come back later, but they should at least be able to tell me if it’s a boy or girl!  So many people who aren’t as far along as I am already know what the sex of the baby is and it’s driving me insane!!!