Looking at someone– This is something Nate noticed that Nathaniel was doing before I did.  I guess it just seemed natural to me so I didn’t really pick up on it.  These last week or so, Nathaniel has started to look at our faces, watching us as we talk to him, feed him, etc.  His eyes are still a handsome gray blue.  Now that he’s studying us, it has lead to…

Smiling– Nathaniel started smiling at the end of 7 weeks! It’s pretty cute.  He’s wicked ticklish and is also copying the smile face expression when you smile, talk, and tickle him.  He has cute little dimples =)  Sometimes though, his smiling turns into angry face =(

Head Control– I’m definitely noticing that Nathaniel’s little neck is getting stronger!  His head is still a little wobbly, but he is lifting his head, moving his face from side to side, and being able to hold his head for longer periods of time to look at stuff.

Leg Control– Especially during tummy time, Nathaniel has started pulling his knees up underneath him to try to push off the ground.  It’s super cute!!  He also likes to extend his little legs and put some weight on them while we hold him up.

Grasping– Which leads to hair pulling…

Chattering– He has started cooing and Nate said he got a half giggle out of him.  He also lets us know when we make him mad or annoyed with little angry AH’s!  His coos sound like Eh’s and Oo’s.  I love it when he makes these noises while nursing =)

Sleeping through the Night– According to Week by Week – Baby’s First Year, once Nathaniel sleeps for a five hour stretch, it’s considered sleeping through the night.  This last week he has done this twice (which is really weird!).  When he wakes up, I nurse him on one side, pump the other, change him, and off back to sleep world he goes!  We are still swaddling at night, and Thaniel still sleeps in his bouncy chair or swing.  Because I’m pumping at night, I’ve been able to start freezing some of the milk.  20 oz already frozen! 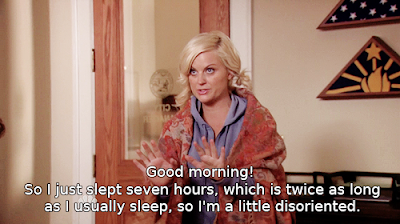